Back to the present...

Daisy and I drove up to Twin Lakes today to check out the same site as yesterday's post... 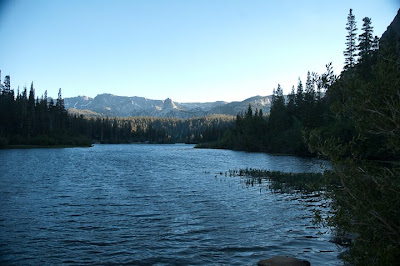 Yep, summer came to Mammoth...it's amazing how quickly the snow receded once the melt really began... 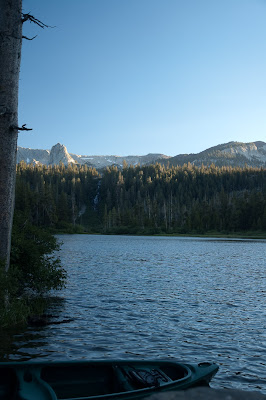 The upper twin of Twin Lakes... 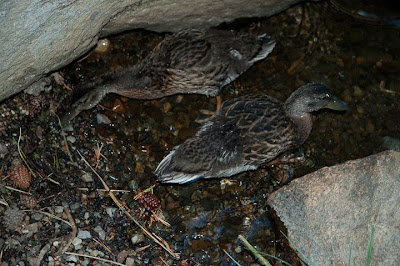 Two out of four young ducklings, wandering off from mom to see if the lady with the camera has any food...
Posted by TheChieftess at 11:30 PM 3 comments:

Believe it or not... 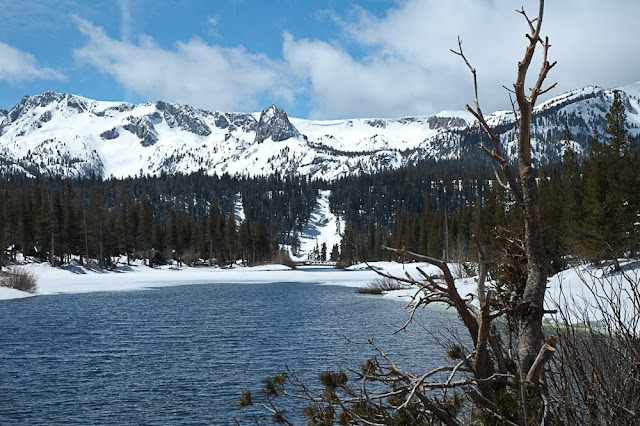 It was a bumper year for snow (40 feet)...the weekend we moved in was the last weekend of skiing on the mountain!!!
The Flip Flop Queen had better get some boots!!!
The lower lake of Twin Lakes in Mammoth.
Posted by TheChieftess at 8:54 PM 2 comments:

The first posting of my daily exploration of Mammoth Lakes and the surrounding areas...

Dave McCoy founded Mammoth Mountain Ski Resort...When Dave was all of 13, he went with his mother to visit friends in Independence California. While visiting there, he became entranced by the snow and soon declared his intention "This is where I'm going to spend my life"... 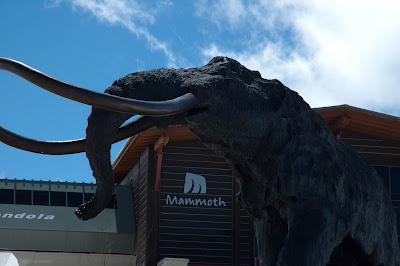 Dave McCoy realized his dream and more. On a whim and a prayer and with the help of Roma, his wife of 67 years, he began the steady process of developing one of the premier ski resorts in the world. His first step was to put in a rope tow for McGee mountain, thanks to Roma, his then future wife, who threatened to quit working for the bank if they didn't give him the loan he asked for. In 1953, the ski lodge was built starting with a chairlift offered to him by Walter Martignoni of United Tramway, and installed with his help. Throughout the subsequent years, Dave McCoy contributed in many ways to the development of the town of Mammoth in addition to his work on the Mountain. Dave and his trusted investors sold the mountain in 2005 for $365 million to the Starwood Capital Group. Dave is an active retiree, still enjoying photography, motorcycle riding, and returning to skiing after healing from a knee replacement.
And I'm worried about skiing with my silly ol' knee issues...
http://www.inc.com/magazine/20081201/how-i-did-it-dave-mccoy-mammoth-mountain.html
Posted by TheChieftess at 6:45 PM 11 comments:

Email ThisBlogThis!Share to TwitterShare to FacebookShare to Pinterest
Newer Posts Home
Subscribe to: Posts (Atom)
Hi!!! So glad you stopped by to visit and comment!!! I love meeting so many wonderful people around the world!!! Unfortunately...if you're on Google + I might not be able to visit your site. But please feel free to leave a comment, and include your site url!!! I'll stop by too!!!