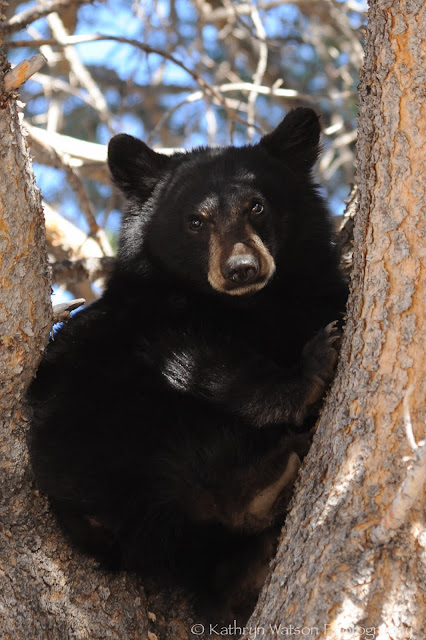 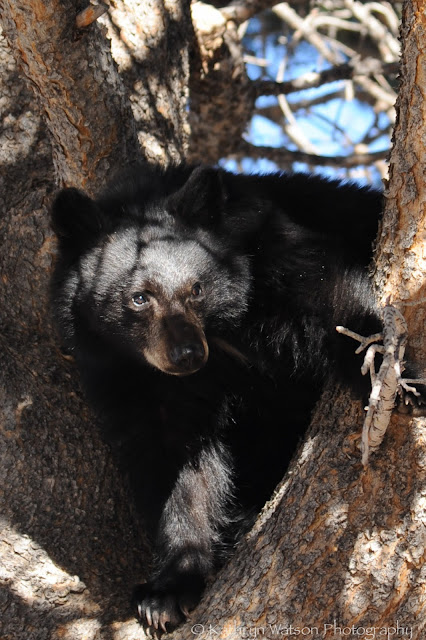 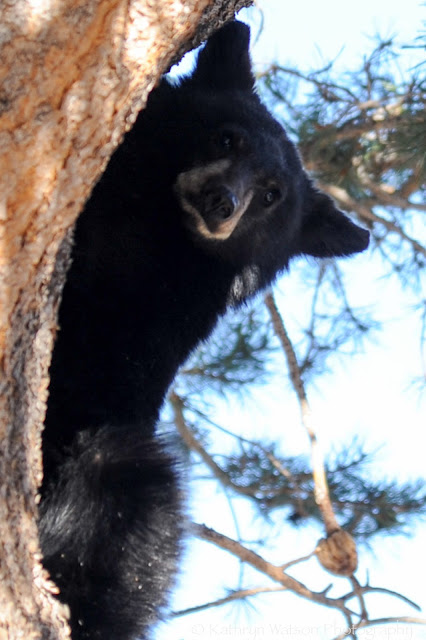 "If there ever comes a day when we can't be together
keep me in your heart,
I'll stay there forever."
Winnie the Pooh
(According to A.A. Milne!)

On Wednesday afternoon...(after a propane leak scare in the garage)...
TheChief called and told me that TheBearWhisperer had a cub in a tree
and would I like to go see him?

TheBearWhisperer told me there's a possibility that this little guy
is one of the two cubs left mother-less last summer
when their mother was killed by a car on the highway.

At the time, he expected that the cubs would not live very long
as they hadn't yet been weaned.
He also mentioned that black bears readily take on
orphaned cubs....

Hopefully...my pics might help him
determine if this is indeed one of those cubs.
The reason he's thinking it could be is because he is truly
a black, "black" bear...
Most of our "black" bears are actually brown...
the mama bear that died last year was a black "black" bear...


(PS-this little guy was the cutest little guy...
made me want to climb the tree...
to cuddle or play with him!!!
No wonder teddy bears are so popular!!!)

Watch for Steve Searles on "The Bear Whisperer"
on Animal Planet

Posted by TheChieftess at 12:00 AM