Three of our greatest joys for which we are especially grateful, are our "rescued" pets...

Our dear friend, Altadena Hiker, aka Karin Bugge, is writing a regular piece each week in the Altadena Patch, an e-news site for Altadena.  In today's piece she is sharing stories of many bloggers and their pets to highlight the joys of "rescuing" pets...please check out the Altadena Patch here and don't forget to check out her awesome blog here!!! 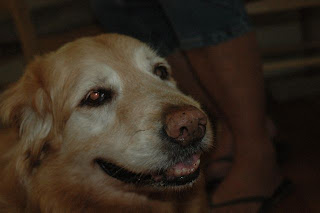 We adopted Miss Daisy eight years ago from the Golden Retriever Club of Greater LA.  We met her at an adoption party, hosted by Anderson's, our local pet store.  In retrospect, Daisy adopted us.  We took her home, and after checking out the back yard, she fell asleep at our feet.  That night, Daisy slept on the floor at the end of the bed as though she had been doing this every night of her life. 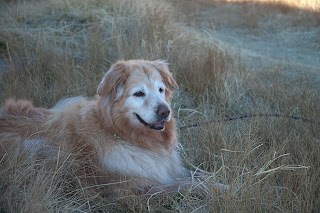 The next day, while we were both gone, she got out of the yard and disappeared.  We both searched for several hours but couldn't find her. Several neighbors had seen a big Golden running through the neighborhood, but she was gone.  We were really down in the dumps and getting ready to go out for dinner.  Suddenly, about 8 pm, we heard a bark at the front door.  We opened the door and their was Daisy sitting on the doormat.  She walked right into the house as if to say, "I checked out the hood, and this is the best there is, so I'm here for good." She's hasn't run away since.  We can leave the gate open and she'll wander out front if we're working there, but she knows where home is.
She's the best dog either of us have ever had.  She's a huge part of our life. 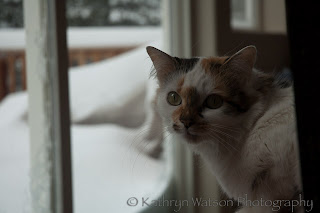 This is Sadie, we got her from the Glendale Humane Society which is now a "No Kill" shelter.  I saw her on the internet site and knew I wanted to meet her.  We went to the shelter, asked about her, and was told that she was not adoptable yet as she had a respiratory infection.  We said that that was ok, we wanted to see her anyway.  We met her and fell in love instantly.  Fortunately, the infection was on the tail end of recovery and she was ready to go to her new home within a week or two. 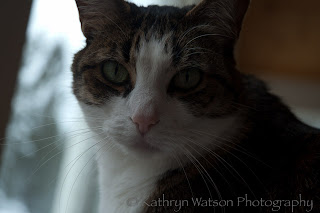 Cleo was the Hubman's kitty before we got married...just a few months though, and I was with him when he picked her out at the Glendale Humane Society.  She's about ten now and puts up with the much younger Sadie, but sometimes...Sadie is just plain annoying...
(Sadie's nick name is Osama Bin Cat) 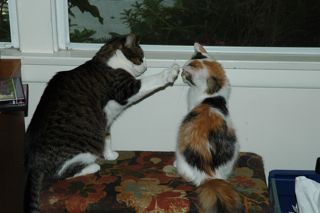 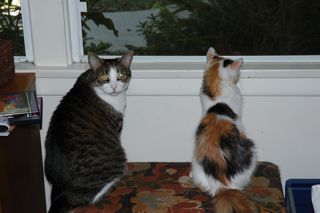 But they love each other anyway...whenever they're home alone and we come home, we'll find them curled up together somewhere or other in the house.... 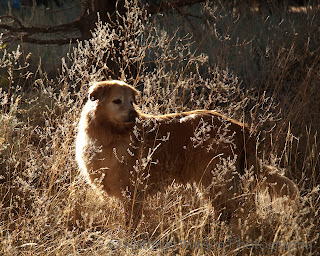 Miss Daisy is in her twilight years, we think she's about 14.  She's been feeling a bit poorly lately which we hope is just a passing thing...She's our darling golden girl...please wish her well...
Posted by TheChieftess at 12:01 AM